Hello, everyone. It’s Kyle from Cenokga.

I want to first start off with 2 videos from Mr. Reggie Fils-Aime.

In this first video, Mr. Reggie talks about Courage in Decision Making.

In the second video, Mr. Reggie talks about Irrefutable Integrity and being known as “You want to be known as the individual who does things that is right, versus doing things that’s easy.”

I realize that Cenokga has lost some of its Integrity with people with it’s first released game.

I can now look back and see what a bad decision it was to file a DMCA notice solely based on the tone of a negative review from a business stand point. I also want people to know that this dispute was not based on just because it was a negative review.

I can now look back with a clear head at what a commotion it also caused. Instead of trying to work with the reviewer to get an updated review, I chose to go the hard way and try to take it down by force.

As Mr. Reggie points out in the video, Cenokga wants to be known as the company that does the thing that is right. Not the thing that is easy. I Also want to regain any integrity that Cenokga has lost, due to this dispute.

I acted that way because in my view, I was defending my studio’s first release. But, it was actually pride, that was the issue. It was pride that caused me to say, “how dare you give me a negative review”. It was pride that wanted to take the review down by force and file a DMCA.

Instead of actually seeing if the review had any good in it, I choose to ignore the whole review. I can also say that since the review, Starclaw: Battle of StarSpace Nebula has received multiple bug fixes and updates that I would have otherwise may have missed if they were not mentioned.

As I’ve said before, I want Cenokga to be a game studio that people can’t wait for its games to release. I have big plans for Cenokga and it’s games and am already planning some big things. But, of course Cenokga needs a community to share it with.

It’s not my job to moderate reviews. It’s my job just to make games, and if people don’t like one game, maybe they will like the next.

The new 2.0 update to Starclaw: Battle of StarSpace Nebula on Steam, fixes and changes some things about how the game plays, how the player experiences the game and extra modes for replayability. I have also lowered the price from $19.99 to $9.99 as a way of gaining new players or getting past players to replay the game and give it another chance.

I would also like to ask any reviewers to give Starclaw: Battle of StarSpace Nebula another chance. The only thing I ask, is that any bugs or glitches found would be addressed first, before making accusations and talking about how bad the game is.

I would also like to ask everyone to follow Cenokga along on the indie game development journey as I continue to develop future games and fix current ones. I really want to be able to have a community of gamers to interact with, share updates, news, and announcements with on a level that other indie game studios do, and to have the excitement about their games their communities have.

Here are 2 more videos from Mr. Reggie where he talks about valuing differences, staying optimistic and feedback.

In this video, Mr. Reggie talks about “Valuing Differences” and “Listening to all the Opinions.”

Lastly, Mr. Reggie talks about how he stays optimistic and about feedback.

Changes to the Planned Update on Future Development on Starclaw: Battle of StarSpace Nebula 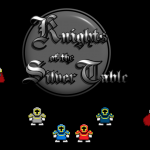 Changes to the Planned Update on Future Development on Starclaw: Battle of StarSpace Nebula 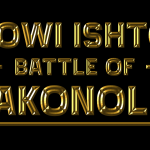